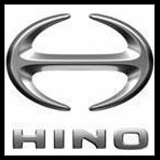 He Knows Hinos
Hino diesel engines are the reliable workhorses of the boating world and nobody knows them better than the Hino Guru, Earl Summerville. He is much in demand across the USA by yacht owners who rely on Earl to keep their Hinos performing to perfection.

He has a loyal following with owners of Bayliner 47s, 45s and 38s in every region of the country, and has been maintaining many of these yachts for a decade or more, often for multiple owners.

Earl and his wife Jolene are based in Florida, but every Spring they head out in their RV “SummerVilla” and his traveling workshop loaded with plenty of Hino parts and an impressive quantity of A&W Root Beer© traveling to marinas throughout America, including the Pacific Northwest.

A Lifetime of Diesel Experience
Earl has spent a lifetime around engines, starting as a high school student in Niles, Michigan when he traveled the country with a flat track motorcycle racing team. He earn his certification in diesel truck technology from Lincoln Tech and spent several years working on Detroit Diesels for industry leaders such as International Truck, Freightliner and Caterpillar. He earned the reputation of being master of his craft and sharpened his expertise through advanced training on diesel technologies.

But it was in 1979 when he accepted a job in Huntington Beach, California that his career turned from land to sea. Earl’s new employer was the second largest Hino dealer in America, and although Hino had long been highly respected in Japan for their durable and efficient diesel engines, the Hino name was new to America in the 1970’s.

In the mid-1980’s Hino’s reputation for durability and reliability led Bayliner to choose Hino engines to power their new line of large yachts.

What followed was a strong demand from yacht owners wanting nothing less than the best service and maintenance for their vessels; Earl responded by forming his own company specializing in these large Bayliners.

Please login or register to add your review.